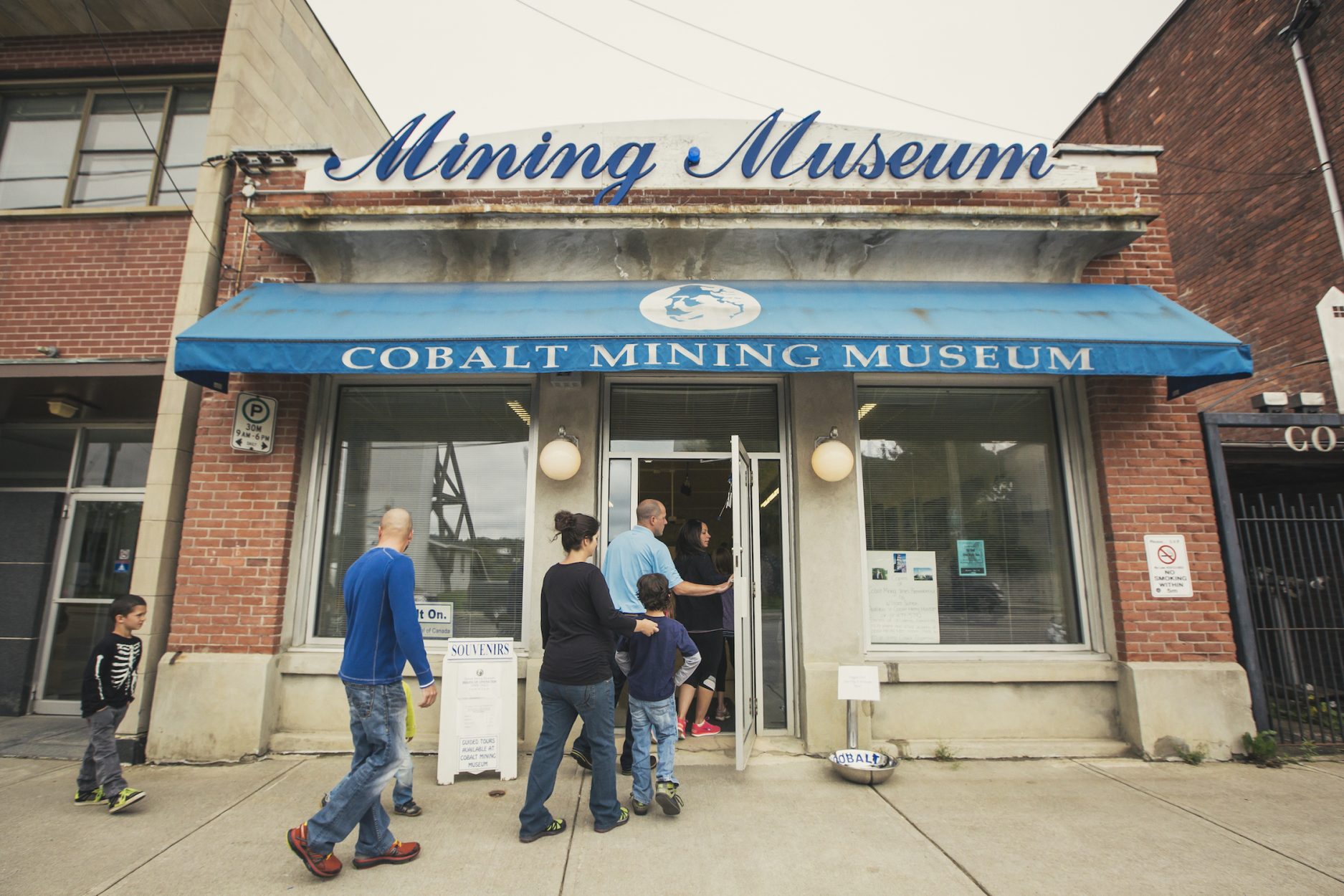 (Ce blogue a été écrit en anglais) I always try to visit the Cobalt Mining Museum when visiting the Temiskaming region. The motto on road signs along Highway 11 on the way north to Cobalt, “Come for a day, discover a century!” is nowhere better illustrated than in this museum. In some ways the title “Mining Museum” is misleading. Yes, it boasts the world’s largest display of native silver ore, and houses an extensive collection of mining books, journals, photographs and maps that detail the mining history of the area, but it also provides a fascinating insight into the town’s growth and life in a mining boom town.

Over the past forty years I have read the Museum’s hard copies of the Daily Nugget newspaper for information about the town’s hockey team that played against the Montreal Canadiens in that team’s first official game (the Cobalt Silver Kings lost in overtime); poured over the issues that covered the disastrous July 1909 fire; followed the daily information about mine openings and production figures; and read the social columns about individual lives and attitudes. The Museum’s 6,000 digitized historical photographs provide another fascinating avenue into the town’s development, architecture, clothing styles, and activities.

The Exhibit Rooms and the Underground Visit

The museum’s seven exhibit rooms include a colourful fluorescent rock display, a miniature prospector’s camp, historical videos of the town, mining artifacts, original historical paintings (until recently I didn’t know how frequently Group of Seven artists visited the area), and mining souvenirs (I like to return to Toronto with a new Cobalt hat or article of clothing). The museum also offers an hour-long underground visit to a mining adit and shaft. This is the only Northern Ontario tour of an original early 1900s mine (1907, to be specific). Come and imagine what it must have been like to have been a miner about a century ago.

My favourite place is upstairs among the Museum’s archival records. Here is the story of the town and its inhabitants, and of the mines and the miners. Fire insurance maps, reminiscences, minutes of the Imperial Order of the Daughters’ of the Empire, annual reports of the Chapter of Women’s Sewing Association, and personal correspondence provide various insights into the past. Letters between mine managers and mining company presidents detail mining operations, company finances, and negotiations with the Cobalt town council. Mining and milling reports outline the technical aspects of the business. Rent rolls, cash books and accident reports shed light on labour-management relations; as do the constitutions of the Temiskaming Mine Managers Association and Cobalt Miners’ Union. There is so much to know and interpret.

The History of the Building

Originally, the Cobalt Mining Museum building housed the Cobalt Nugget. W.G. Davie founded the Cobalt Nugget in 1906 as a weekly in North Bay. Two years later, employees of the Silver City News, a semi-weekly paper in Haileybury, purchased the Nugget and moved it to a wooden shack on Cobalt Square. Before the year was out, the newspaper relocated to the

present building on Silver St. Subsequently, the building was enlarged and the front of the building, which was a metre below the street, was raised. Within a year its circulation increased to approximately 5,000 a day, and the Daily Nugget was mailed to “more countries than any other small town paper,” including most American states, England, France, Germany, Norway, Sweden, Mexico, New Zealand, and Australia. The paper’s editor noted that the Nugget “is so widely quoted by the big daily papers in the large cities that many of its items reach millions of readers.” The Nugget’s most famous reporter was Leslie McFarlane, the author of the first twenty-one Hardy Boys mysteries.

When the Nugget returned to North Bay in 1920, the Northern Miner assumed control of the building until it moved its presses to Toronto in 1929. The Northern Power and Light Company occupied the building and upgraded the centre section to brick sometime before 1948. Ontario Hydro sold the building to the Town of Cobalt in early 1960s and the building became the Cobalt Mining Museum in 1963. Its brick façade and concrete base remain substantially intact.

This culture & history blog post has been written in September 2016 by Douglas Baldwin, a volunteer collaborator to the Destination Temiskaming blog and author of over 40 books on Canadian history. Recently he released 2 books about Cobalt –  Cobalt: Canada’s Forgotten Boom Town and Cobalt The Cradle of Hard Rock Mining in Canada published by White Mountain Publications located in Cobalt.   To learn more about Douglas.